The year 2005 proved to be an year of creativity and reiteration of the commitment to the cause of marginalised and under prieveledged sections of the society.The Library organised such activities through out the year which helped it reach vulnerable groups like children,women dalits and backwards.
National School Of Drama, New Delhi organised a month long production cum training theatre workshop for the young girls and boys from 20th May 2004 to 18th June 2004. The participants in this camp were from Azamgarh, Mau ,Ghazipur and Sultanpur districts.Expert trainers from NSD exposed the young participants to a new horizon of creativity.The participants prepared two plays and 7 shows were organised in the library and adjoining villages. North Central Zone Cultural Centre, Allahabad ,organised a theatre training workshop at the library in which again trainees from adjoining districts participated .Ministry Of Culture gave a grant of Rs 50,000/ for the production of the play Andha Yug written by Dharm Veer Bharti.This was rehearsed in the month of June and final production was staged on 9th of July 2005 in the presence of Sri Devendra Raj Ankur Director National School OF Drama, New Delhi and writers like Sri Namwar Singh, Kamla Prasad , Parmanad Srivastava.Theatre had been a continuous activity during the year.

This year the Library achieved another milestone.Ms Shabana Azmi inaugerated a new block on March 2 ,2005.This block which is named after the noted Urdu poet Kaifi Azmi has been built by the funds provided by Ms Shabana Azmi. Sri Kuldip Nayer and Sri Shahid Siddiqi , Members of the Parliament through their MPLAD scheme.On this occasion noted social activist Ms Teesta Setalwad was also present.

CAPART sanctioned a income generation programme of honey-bee keeping 50 marginalised farmers, mostly from dalits and backward communities, were identified and were trained by experts.These benificiaries were given honey-bee boxes with colonies at subsidised rates.The programme was successfully organised and post- completion evaluation found that the beneficiaries could add extra monthly income of Rs 700 to 1000 p.m.
The Library launched a very ambitious project of sensitizing local men and women on gender issues with the financial support of OXFAM ,an international donor agency.A detailed area profile has been prepared for 10 villages which have been identified on the basis of social and economic backwardness .A group of four boys and girls had been exposed to various gender issues by sending them to various symposia, discussions, training interventions and on the ground programmes.This group is performing the role of catalyst and sensitising villagers against gender related violence.Also efforts are on to form minimum three self help groups of women.NABARD has shown keenness to organise training inputs to help capacity building.
In the year 2006¸ 1174 new books were added in the library. With the help of Nehru Yuvak Kendra, Azamgarh a village youth club has been established.More game facilities have been added to the existing one.
This year the library has got the cooperation of two senior level retired Govrnment doctors namel Dr Raja Ram and Dr R.A.Mishra who visit the library every second month in rotation.With their help Library has been able to organise free medical camps every month.
SHASHWAT RAI
Click Here! 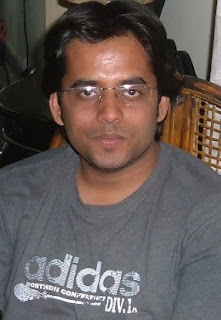 3.In 2003 Shashwat Rai first came to SRSP by chance during his visit to village Jokehara .He came to library out of curiosity and participated in ongoing discussions on skill up gradation projects. He got so engrossed in it that he offered his services to the organisation and the association started. This year Shashwat Rai suggested us to try collecting old and used computers as donation from well meaning persons and offered his PC as first donation.He spoke to his teachers and classmates and in two months three more PCs arrived in the organisation.He helped us establishing a computer lab with these four old machines.The next problem was to find good teachers within our resourses.He identified computer literate youths from the community who were trained by him and his friends to upgrade their skills.We recruited two local youths at nominal salary who were constantly trained by young and enthusiastic frieds of Shashwat both at Jokahara and Noida where Shashwat was studying.This experiment proved to be a great success.
To generate awareness among the villagers programmes of national importance like tree plantation, cleanliness and immunisation were organised throghout the year. The computer centre and sewing training facilities were further strengthened and new machines were added .To highlight the importance of water conservation the Library had undertaken a big project of constructing a huge water reservoir with the help of local Block and more than 50% work was completed this year.
प्रस्तुतकर्ता Sri Ramanand Saraswati Pustakalaya,Jokehara. पर 7:47 pm 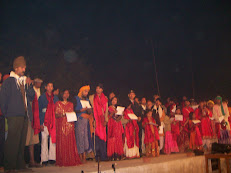 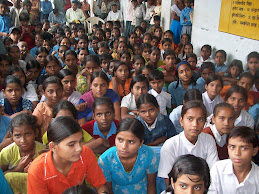 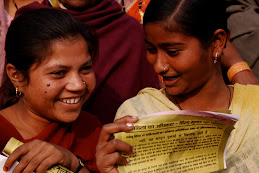 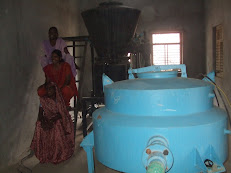 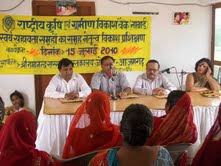 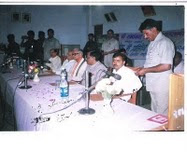 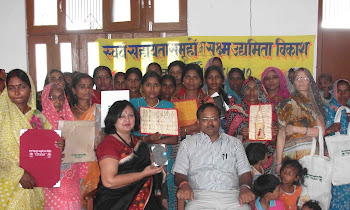 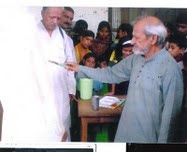 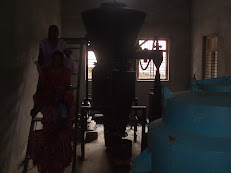 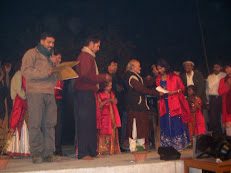 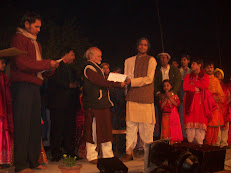 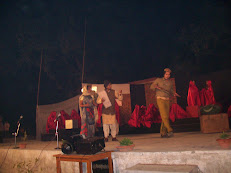 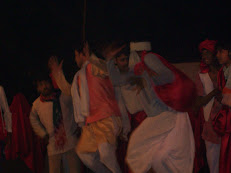 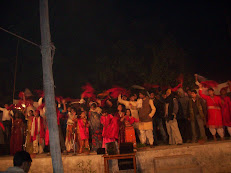 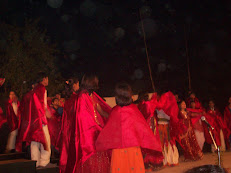 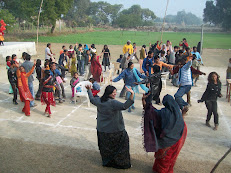 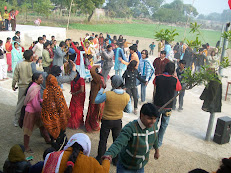 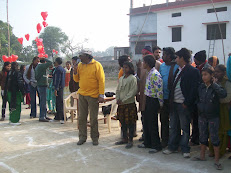 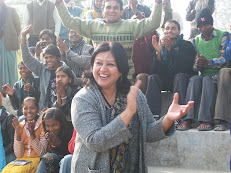 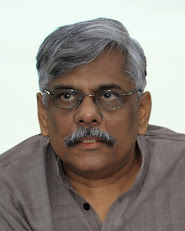 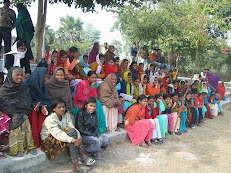 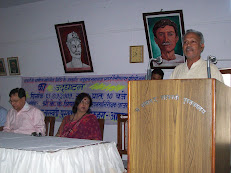